Servant: Your role as a leader in the modern workforce

A little while ago I sat down with Xiao Ma to talk about life at Medium, organizational leadership, and his role as Chief Architect at the online publishing company. Over the course of our conversation, I was introduced to the idea of servant leadership and the unique way in which he views his role as a leader within the engineering organization.

MICHAEL: Thank you for finding the time to meet with me this afternoon. To get started, how long have you been at Medium and what do you do there? 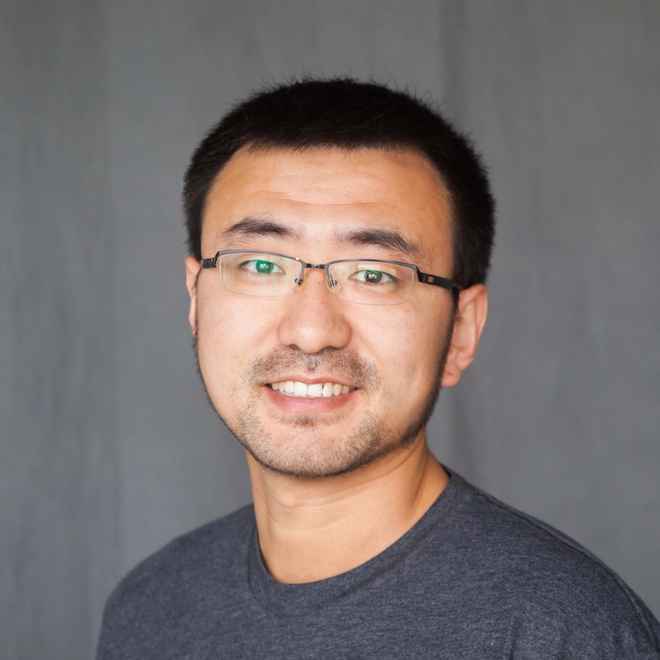 XIAO: Of course. I’ve been at Medium for almost seven years and served several different roles. Currently, I’m the Chief Architect and in the meantime leading a couple of engineering teams working on building great reader experiences.

In many companies the chief architect is the person who makes most of the technical decisions. But Medium has a lot of people who are more experienced and motivated to make technical decisions. I view my role a bit differently. My job is to identify problems, facilitate the necessary conversations and be a coach. I find out what people are interested in, where their talents lie and what the company needs. With that information in hand, it is then my responsibility to match the right people with the right problems to be solved.

MICHAEL: That’s a pretty significant tenure. In that time, what have been some of the most significant changes that have impacted your work?

XIAO: There are many, many changes, but there are a few that stand out.

In practice, this means we’ve been heavily investing in technologies that can empower our writers and that can enable the best reading experience on the Internet. For example, we have teams working on recommendation systems and general machine learning technologies. We migrated a large portion of our front-end stack to React — the current industry standard for building web apps. We are also migrating to a microservice-oriented architecture so engineering teams can move fast to build better and more performant features.

Second, and probably more well-known to the public, is that we did a big pivot in early-2017 where we switched from a predominantly advertising-based model to a subscription-based model. We’ve been very focused here. It was a very bold move back in 2017, but we decided it’s the right thing to do for the world. After being on the journey for three years, we have proved that it works well. It is a forcing function for us to think hard about what kind of content we want to have on Medium and what kind of products we want to build for our users, all with the goal to deliver value to our users. We now need to really focus on scaling and execution.

And third, we’ve been very focused on content, which is exciting. We have a great editorial team, primarily in NY and across the country. We hired Siobhan O'Connor, who used to be the Executive Editor at Time magazine. She’s just amazing and is building a really great editorial team. How we use technology to make our editorial team more efficient and effective is a big challenge and a big opportunity.

MICHAEL: It sounds like there’s a lot to be excited about at Medium right now. What do you spend most of your time thinking about?

XIAO: There are two problems on my mind that are the most important.

The first is building highly-cohesive, self-organized, self-motivated and high performing teams. Specifically, we are focused on transparency, empowerment, diversity and inclusion, and learning opportunities in our teams. These are critical culture elements that will lead to high performing teams.

As we grow, transparency becomes super important. It equips every one of us with the information to make the best decision and do our best work. We make sure people understand the whole picture and are in sync with our goals so that they’re motivated and doing what they want to do.

The second is to help the team think about the technologies Medium should adopt in both short-term and long-term.

We’re not trying to adopt new technology for the sake of being a cool technology company. We think about technology in the context of solving problems — we want to deliver better products faster and we want to make engineers more productive and happier. Medium moves very fast. We need to find the balance between being nimble and scrappy in the short-term and strategically investing technologies that have long-term benefit. This has been tricky.

MICHAEL: How do you decide where to focus your time and attention?

XIAO: I’m not the best multitasker. So, I usually focus on one problem and make it very clear to everyone why I need to solve a particular problem right now. Setting clear expectations with people around me is super important.

I use two mental models to decide where to focus my time and attention. The first model is from Andrew Grove’s classic “High Output Management”. The core idea is that a manager’s output is the output of her organization and the output of the neighboring organizations under her influence. I constantly think about what I can do to be an enabler and multiplier. The second model is the Eisenhower Matrix. I try to focus more on the important but not very urgent tasks.

I’ve also had to get better about delegating. There are many things I want to do myself, but often I’m not the right person for the task. Sometimes I’m just not as competent in a specific area; sometimes there’s an opportunity cost for more important but less urgent work; sometimes the work is a great opportunity to grow people around me.

Delegating can be very hard sometimes. You must remove your ego from the equation. You also must resist the dopamines quick wins bring you.

One the flip side, I must make sure I identify the right people to pick up the work that needs to be done, and make myself available for support. If I delegate a problem to the wrong people at the wrong time, it can hurt them and hurt the organization.

Another thing I’ve discovered during my career, which is very counterintuitive, is that I should aim to create situations where I become redundant — I want to build teams that are so self-organized and motivated to their best work, and when they succeed, they don’t even realize I was there. The counterintuitive part is that I should just be fired in that situation. Human nature is the desire to feel important and needed. This all makes sense only if you prioritize the people and the organization.

MICHAEL: Have you always thought about your role as a leader in this way? How did you arrive at this approach to leadership, this idea of working toward redundancy?

XIAO: Range’s co-founder Dan had a very big impact on me. He used to be my manager at Medium for several years and introduced me to the concept of servant leadership. It helped me get comfortable being a leader; I didn’t want to tell people what to do, I just wanted to help and empower other people. Servant leadership helped me to see “leading” from a different perspective. In my opinion, there is no better approach to leadership. Leadership should always be servant leadership.

Don’t get me wrong. Servant leadership doesn’t mean a lack of decisiveness, not holding people accountable, or being hands-off all the time. Leadership is a very situational art. It is a constant search for balance. The core of servant leadership is the serve-first mindset. It needs to be adapted to different situations.

Servant leadership doesn’t mean a lack of decisiveness, not holding people accountable, or being hands-off all the time. Leadership is a very situational art. It is a constant search for balance.

MICHAEL: Organizationally, what do you believe is enabling your organization within Medium to be productive and succeed?

XIAO: We can always be doing better. But that said, we made a couple of changes in 2019 I think have helped a lot.

Across our product and infrastructure engineering teams we’ve adopted the Scrum practice. It has been very effective to help the team get aligned, speak the same language about processes, and keep improving on efficiency. It is especially critical as we grew fast.

In the meantime, we try to be mindful of the fact that teams require some autonomy to make decisions about how they operate on different types of work. So while there are high-level company practices that each team is supposed to adopt, teams have the freedom to determine how they approach their daily practices. As an example, a team might say, “We don’t want to run daily stand-ups but we will do project-based huddles and weekly reports” and that’s totally okay. There are very few company-wide practices that are enforced.

MICHAEL: I imagine that approach to process also blends into the ways in which people and teams are managed. What’s it like to work at Medium?

We also emphasize on learning. Learning and growing is a constant theme for our teams. We invested a lot in learning opportunities for our people, like internal meetings, book clubs, training sessions, and some of them are across functions.

MICHAEL: So, what’s next for you and your teams at Medium?

XIAO: We’ve been hiring more and more remote engineers and are now a highly distributed team. We strongly believe in distributed teams for two reasons. We want to give everyone the opportunity to work at Medium no matter where they choose to live. It is also very critical for Medium to have diverse perspectives from a distributed team.

Building distributed teams brought new challenges and amplified some existing ones. That requires focusing our attention on discovering workplace tools — like Range — that support making information accessible and, further, encourage people to actually use that information. Often you can make information accessible, but the friction is too high to discover it or make sense out of it, or people don’t have the mindset to seek it out. We need to have that.

Since we started using Range, we've seen how much it helps distributed teams stay in sync. In the meantime, Range also helped distributed teams build relatedness and trust. We have seen people very engaged in mood check-ins and team building questions. People feel closer to each other and more aligned with the team.

Servant: Your role as a leader in the modern workforce

As an engineering leader, should you be working with a coach?

All your questions about leadership coaching, answered

What 2020 taught us about being an effective leader