Our 12 Questions series takes you into the minds of influential leaders to discuss today’s hot topics. Read their fresh views on leadership, managing through change, and the ins and outs of modern work. Think of it as your office hours with some of the most innovative people in business.

We continue this series on resilience with Roy Bahat. Roy is the head of Bloomberg Beta, a venture fund backed by Bloomberg L.P. that invests in companies that make business work better. Roy has been an entrepreneur (started a venture-backed video game console), a public company executive (at News Corporation), a board member for companies and nonprofits, and in government (in his hometown of New York). When he’s not teaching media at U.C. Berkeley’s Haas School of Business or investing in the future of work, he’s also not sharing advice on Twitter.

Thanks for joining us for 12 Questions, Roy. Can you describe your career in twelve words or less

A determined random walk that only became clear in retrospect.

That's very meta. Do you want to expand on that mental image?

Sure. I was always jealous of the people who knew what they wanted to do. I had to work in a bunch of settings to figure out where my home was: from nonprofit, academia, and government to professional services, startups, and big corporations. And I think my "home" is in supporting people who are building new organizations. At the moment, that's venture-backed startups.

Let's dive into a topic that is top of mind for most people, given the state of the world right now. What does resilience mean to you?

I think we often treat resilience as an innate characteristic of people. But I believe that it's a skill that we use to recover from hardship through repeated attempts and self-management to keep ourselves going.

So, how has your thinking about resilience changed in 2020?

I've come to a realization this year that in the startup world, we love the myth of the heroic individual—and resilience is a part of that myth. It's something I've thought about a lot, but the current situation has confirmed it for me. While I believe in an individual creators' power, we often take the focus off the system that enables them to be resilient. And it takes the focus off the differences that make one person's resilience easier to practice than another.

There are many psychological reasons why that happens, including the fact that all successful people had to overcome some hardship. But that doesn't make their hardship equivalent to somebody else's. So in the aftermath of the protest surrounding George Floyd's murder and the changed circumstances with the pandemic, it reminded me that resilience is something that stems from having the opportunity to show you can be resilient.

Resilience as a proxy for opportunity. Curious: when was the last time you checked-in with yourself?

This morning. I try to have a scientist's attitude about it, which is to say hypotheses that you falsify.

If you're confident you're going in the right direction regardless of what the evidence says, you're probably not paying attention to the world. So I ask myself a lot, "how do I know if I'd be wrong?" And one of the places I've written about that is on LinkedIn. I try to write an honest accounting of what I was thinking and what was right or wrong about different choices. Unless I can learn from them, I don't know where I'm going.

Is there a time when you wish you were more resilient?

It might just be because of this present moment, but I think I'm one of these people who tries to think of myself as a good person and do the right thing. And so I can be fragile when critiqued around bias, whether that's sexism or racism because it doesn't align with how I think about what I try to do. And so, I wish that I could've been more resilient in not dismissing that the first few times it came up in my life and try to learn from it.

Related, what's one big mistake you made, and how did you bounce back from that?

I should have proposed to my wife years before I did.

I used to think relationships should all be easy. I was mistaken. Any relationship worth having is one you should take seriously and keep working on it. I wrote a blog post a few years ago now about my son asking me to get off my phone. It stung. But my relationship with my son matters more to me than my ego, and when something I do hurts him, I want to pay attention and grow from it.

In your view, how can people be more resilient in their work-life?

We should think of resilience as a skill or a muscle. You see something you want to achieve and the obstacle to it and then get resourceful. I think the mistake is being in a situation where you weren't resilient, which leads to some inherent judgment about you as a person versus "you know I didn't hit that basket, I've got to try again."

How does being vulnerable help in building a resilient team?

The more I see the humanity in the people with whom I am working, the better I can work with them. I know where they're coming from, and I have empathy for them because of that. Somewhat connected to the hero myth—being resilient and being cold is not the same thing.

Who is the most resilient person that you know, and why?

Honestly, there are probably many I don't realize are resilient because they keep their struggles private. Ade Olonoh wrote a recent piece about race issues and how he struggled to talk about it. I've known the guy for years, and I didn't realize this was something he was going through. So, that makes me think about all the other people who are there who have a sort of silent resilience.

In terms of people I know, I'd say my wife. She had a much more difficult upbringing that I did economically, and the fact that she's the amazing person that she is, I think, is a sign of resilience. And my mom. My dad passed away when I was 12, and my mom persevered. My brother and I were never worried about things falling apart because she handled it. But again, are they the most resilient people I know? Maybe not. They're the people I know the most about their resilience.

If you could give people one piece of advice about what's going on in the world right now, what would it be?

Well, first, I have to say that I'm allergic to the idea of giving advice.

Someone once told me that all advice is autobiographical. Whether it's one person trying to get you to justify what they do to feel better about themselves or, worse, they're trying to live vicariously through you as an experiment for themselves. Either way, it's not in your interest. I do this daily series of tips about work on Twitter, where I go deeper into this concept.

From my experience, I would say to look at what's happening in the world as a project. And not like a side project. You have to put it front and center for yourself and amp up your experimentation on what's working for you. If that means limiting the amount of news you consume to a few hours a day or eating healthier, taking a long bath, calling someone you love every day, fighting for social justice, etc. Treat yourself as the subject of your experiments. I made a list of 14 things that might work to help myself get through this time, and I think I had to do 12 of the 14 before I felt much better. And now I'm in a much clearer place, but it's still a work in progress.

What are some books or resources you'd recommend on resilience, or that help with getting through tough times?

Read more fiction. I think we tend to read these abstract advice books about grit and related topics, but for me, what keeps me going are the stories I experience in my own life and the stories I read. Of course, you should listen to the Brene Brown TED talk on vulnerability and shame—it's really good. But I would read stories written by authors who had to go through tough times to get to where they are.

The new one I've started is N. K. Jeminsin, because I've never read any of her stuff before, and I've gotten a lot out of John Irving's books—A Prayer for Owen Meany is one of my favorite novels. The sustenance for progress is examples, and we get those examples from a specific technology: stories. 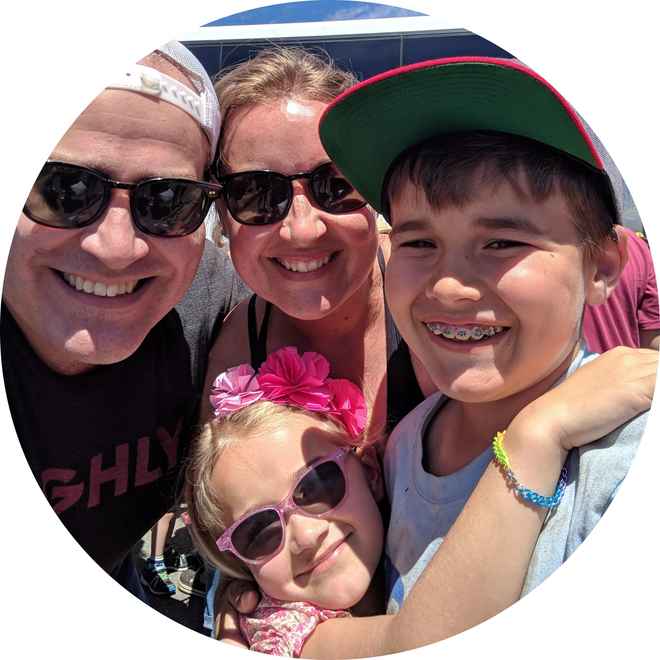 Talking resilience with Tiffany Dufu from The Cru