Where to begin when hiring for remote work

Ahead of Range’s Meetup on remote hiring, I sat down for a quick chat with one of our panelists, Joe Cheung. Is the future of work remote? According to Joe, it’s already here. In this interview, we dig into when remote hiring makes sense for a company, how to actually source remote candidates, how to hire the right team members, and much more.

Michael: To provide a bit of context for our readers, can you share a little about your background and how you landed in your role at Craft Venture?

Joe: Sure. I became a sales guy. Essentially, recruiting is a sales job, and I got recruited to become a recruiter. I started out at an agency and eventually cold-called my way into my first in-house job at Microsoft 13 years ago. From there, I worked my way up through in-house jobs at Salesforce, Netflix, and Google. 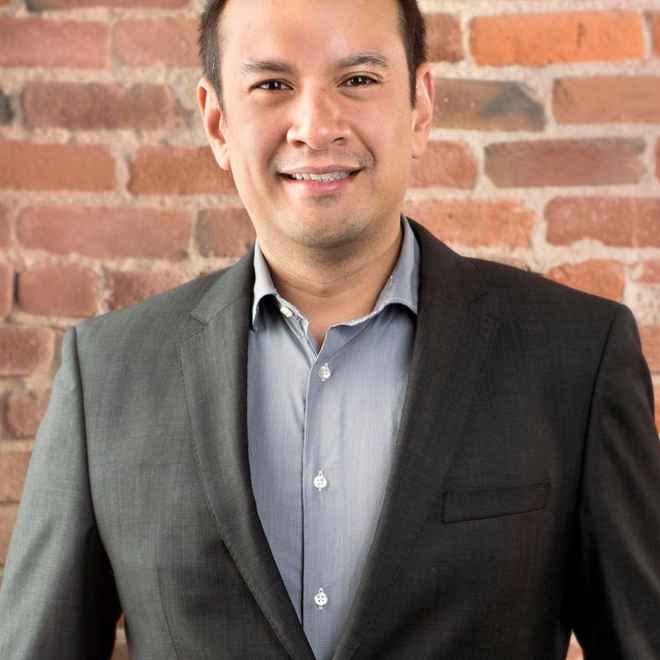 I made my first foray into startups when I joined Yammer where I scaled the team from 40 people to almost 400. I had a 22-person recruiting team with offices in San Francisco, New York, and London.

From there, I did some venture capital work and joined more teams as the first recruiter in, like at Medium where I met Range’s CEO Dan. With my operational experience, it made sense for me to join a firm that focuses on seed and Series A companies. I now support recruiting functions internally and externally for our portfolio companies.

Michael: When talking about Yammer you mentioned you had offices in San Francisco, New York, and London. Was that the first time you found yourself managing people in different offices in different locations? What was that like for you?

Joe: Yeah, that was the first time I’d managed a distributed team. It was actually the first time I had ever managed people in general. I went from solo recruiter to manager of 23 direct reports. But I was very fortunate that I found a leader over in the UK who I trusted to manage the London team, and at one point I actually told my manager, “I don’t need her to report to me. She can report to the GM in Europe.”

I didn’t know the ecosystem, the culture of hiring there, or their daily needs. If anything, I’d slow her down, because she’d be waiting eight hours for me to get back to her with direction. I thought she should be empowered to run day-to-day operations. If she were to have a global question, I could answer it. But for 99% of the things she was doing she would have the best answer, so why have her report to me?

Michael: As an employer, are there any benefits people might not be aware of when considering remote hiring?

Joe: I think people are aware of the big benefits: cost and access to a larger talent pool. If you’re trying to hire someone in San Francisco, they’re going to be really expensive and probably not available. And if you’re a startup that has no brand, how are you going to compete against the massive six-figure salaries offered by Google and Facebook? You’re just not.

So, who do you target? You target people pre-family, when they can take the risk of a startup, are okay not earning that large salary, and can still make a living in the Bay Area work.

Your other option is to look elsewhere for talent. This is the benefit of remote work. The difficulty here is that it’s really hard to recruit remote and find the level of talent you think is appropriate.

While I used to be very anti remote teams, specifically for smaller startups, I’m seeing success more and more often. Off the top of my head, I can think of three companies that have made whole departments, such as engineering and sales, remote or distributed in one country. Craft Ventures also has companies in its portfolio where whole teams are remote. Their headquarters is technically in San Francisco, but they’ve got engineers all over the world.

You can’t match the $300,000 salary of a London-based engineer at Google if they stay in London. But if they’re looking to move back home to, say, Bulgaria, and be closer to family, then you don’t have to. You can pay them half as much and they’ll still have a way better standard of living than they did before.

A lot of companies that are successful with this strategy are technology-enabled businesses. They’re developing solutions using technology that has already been built—such as an e-commerce or payments platform—it just has to be implemented. If you’re building machine learning or artificial intelligence technology, the complexity inherent to that work likely necessitates your team members be co-located in your headquarters.

I’ll add that I often find when teams decide to build and scale an entire department in a different country it’s because they have a co-founder that is from there. This person is familiar with holidays, the culture, how to communicate, and has connections there. New team members will be able to connect with this leader. This is super important.

Michael: So how do companies begin to source remote talent?

Joe: This is a big recruiting problem, but there are definitely ways around it.

Michael: What are some of the hiring trends you’ve seen become more widely adopted in recent years?

Joe: Definitely remote, specifically remote hiring for engineering teams. And it’s becoming so popular because of price, speed, and scale. And of those three factors, price is a bit less important because the companies looking to hiring remote engineers are getting tons of funding.

Many companies looking to hire remote engineers have the money. What they care most about is being able to hire quickly and scale their teams with the right talent.

Say you’re a Series A company willing to pay in the 90th percentile for engineers with five to six years of experience. We’ll say that’s $175,000 a year. If you’re trying to hire an engineer from Google who’s earning a $500,000 salary it’s just not going to happen, even if you’re willing to spend the money.

Michael: Given how ubiquitous remote work already seems to be, what are your thoughts on the phrase “The future of work is remote?”

Joe: I mean, remote work isn’t the future. It’s already here. I think as we progress with technology and people begin thinking more globally it will become even more common, but remote work is here. And there are certain types of jobs that are more conducive to that way of working — consulting, project-based jobs, creative jobs. These are jobs where you don’t necessarily need to collaborate with someone hour-by-hour, and they’re perfect for remote work. And with technology, more and more people will be able to take their careers remote.

Now, that said, I still believe early-stage companies are going to have a harder time being 100% remote. You might be able to have a whole department that is remote and that can collaborate every day, but you need your people to be together in the early stages. And when I say early-stage I’m talking seed stage, less than 10 people.

At the seed stage, the thing you really need to be in alignment with is values. It’s less about time zones and culture.

You need to somehow create a mechanism for trying to figure out the values of a candidate during the hiring process so you can see if they align with yours.

Michael: What are some examples of that mechanism you’re talking about? How have you seen companies figure that out?

Joe: It’s interesting. There’s this guy, Max Levchin. He was the first CTO at PayPal and later started Affirm. When they were hiring at PayPal in the beginning, everyone was all about diversity in hiring. It was his belief, however, that at the very, very early stages of a company you need to hire people that are similar to you, people that think as you do. You move faster and you spend less time arguing. Then, as you start scaling, you should start introducing the diversity of thought that allows good teams to become great teams.

At the beginning when you have no money and it’s life or death every single day, you have to work with people that, more often than not, see things how you do. You can’t afford to have too many cooks in the kitchen. You need to just create your product.

Levchin was of the mind that it was simply too difficult to get to a minimum viable product if you struggled day in and day out to reach consensus on what it is you’re even building in the first place. And if you look at most founding teams they typically have very similar values and are very much aligned, and this has nothing to do with race or gender.

Michael: One last question for you. What’s one piece of actionable advice you have for people who are looking to get started hiring remote team members?

Joe: Ask yourself why you’re doing it. You need to understand what functions you want to hire for and why. When you decide to do this, really think about the values of your organization and look for those values in the candidates you interview.

Where to begin when hiring for remote work

Draw and laugh together to boost team culture

Ideas for helping your remote team feel more like a team

From using Slack and integrations to async and video, find the right fit