Using history to understand the present

My name is Jen, and I’m a White, cis-gendered woman from a small town in Georgia.

My hometown was an example of an average town in the South: the economy was based heavily on manufacturing, and there was only a small Black population.

Growing up, I didn’t think much about why there weren’t many Black people in my schools or what racism had been like in my town. I knew we were in the South and that there used to be segregation. That older people were still prejudiced. That interracial dating was still frowned upon. But, honestly, I didn’t think much more about it—because I was White, and I didn’t have to.

It wasn’t until many years later that I started reading about the Black experience in the South through Jesmyn Ward’s writings. As I came to understand it better, I started to do research on my town and my family to better understand my own history.

I learned that the most recent lynching in my hometown had been in 1936, which makes it clear that the reason that there were few Black people in my town was because Whites had killed them or frightened them away.

I used online sources to research my family’s history enslaving people, discovering multiple records of enslaved people named “Dennard” in rural Georgia near where my grandparents grew up. I couldn’t find a direct family link, but did it matter? At the very least, we were a part of the system that enslaved other human beings. That took lives and strength from others for capital gain.

And if I ever thought it was a “historical issue,” memories started to come back from growing up. There was a day in middle school where I wore the exact same shirt as a Black girl, and only she got into trouble for violating the dress code. It sounds small, but if that is what I remember, what must her experience have been like?

I realize now that I was ignorant and purposefully unaware. Looking into these histories was and is painful. It has been difficult to start conversations with family about our history and our privilege—to acknowledge our struggles and how we have benefited from a system that oppressed others.

But the amazing thing about empathy and knowledge is that it opens up new doors. Realizing I had been ignorant and racist, I felt guilt and shame, but then I saw the opportunity. The opportunity to support others, to lift up voices and efforts by Black people to change their experience in America and the South. To keep learning and to help others learn. 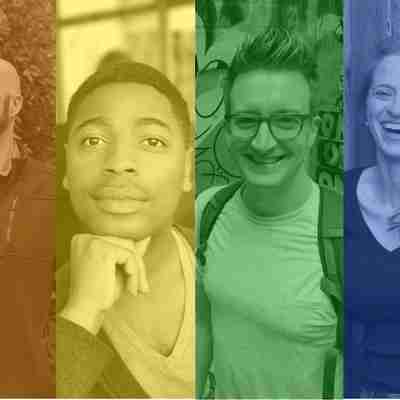 Unspoken realities
Dan shares a story about his experiences with classism and how it taught him empathy. Read the story.