Acknowledging systemic bias in all its forms

Hello—I'm Dan Pupius, and I'm a white cis-male from the UK, living here in San Francisco, California. Because of this, I know I occupy a position of more privilege than most. But the story I want to share is about empathy.

Growing up in the UK, traditional class politics were in decline, but classism was alive and well. Whether it was your accent, whether you were from the north or south, or whether you simply supported the wrong football team, people made their views known through subtle — and not so subtle — actions.

Even in predominantly white communities, I found myself confused by the arbitrariness of in-group, out-group behaviors and was often unsure where I fit in myself. Others had it much worse; I know that, but I had a taste of what it was like not to feel included.

When I came to the US to start a position at a major tech company, I was surprised to find the same centuries old classism, only with a different accent. It was simultaneously a melting-pot of cultures from across the world, while also being elitist and pseudo-meritocratic. I had an overwhelming feeling that I didn't deserve to be there, mostly because I didn't have the computer science pedigree that was so valued by the company culture. Conversations with executives and early performance review conversations hardened these notions. I chose instead to fly under the radar, and dedicated my efforts to grassroots projects.

Over time I realized that many people felt the same. Furthermore if this was the pressure I felt — even with the privileges that my gender and background provided me — I started to imagine what it must be like to be one of the small number of women, or even smaller number of people of color at the organization. These are groups that have disproportionately short tenures within this industry. It's tragic and disturbing, but I can understand their desire to leave in the face of such challenges.

It wasn’t until I joined Medium, and started to get involved in the wider tech community, that I was exposed to the formal notions of diversity, equity, and inclusion. Having a vocabulary for what I’d seen was powerful. What was even more powerful was being empowered to do something about it, and having explicit support from the founders. We worked hard to make sure the engineering team was a place where everyone felt safe and felt like they could have a voice. We looked deeply at how seemingly mundane processes can reinforce systemic biases, rethinking everything from meetings and hiring processes, to performance reviews.

One of the highlights of my time at Medium, was our involvement with the programs put on by Code 2040—a nonprofit activating, connecting, and mobilizing the largest racial equity community in tech. I was blown away by the drive and talent of the interns. These are folks who would not have passed a traditional resume screen at many companies. Yet, for them to get this far despite all the friction and obstacles in front of them, meant they were something special. Their attitude was infectious and the impact they had on the broader team can not be overstated.

DEI work isn’t easy. I’ve made mistakes and still have blindspots. But it ranks amongst the most meaningful work of my career. When I eventually left Medium my teammates each signed a poster; overwhelmingly the goodbye messages were about the team we’d built and the environment we created. The sense of belonging everyone clearly felt made it all worth it.

Years later, many of those folks are now managers. Or have gone off to work at other companies. Or started their own companies. I hear stories about how thoughtful they are about culture, and how supportive they are as managers. Focusing on diversity and inclusion doesn’t only make work better for folks from underrepresented backgrounds, it makes it better for everyone. 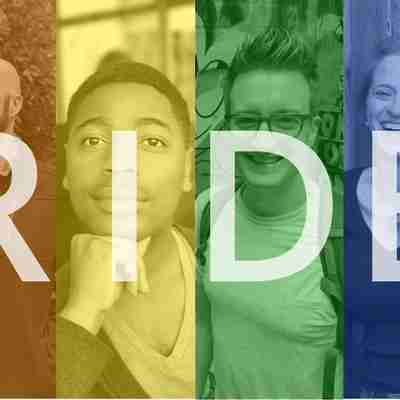 A world of change
We hope you enjoyed these stories. Please share and encourage others to spread the word. You can also read from the beginning of Range's Prides stories.

Keep up with the changing world of work