Recently I’ve found as I try to channel my anger and frustration around a lack of change into real change, and talk to my children about what it means to break down barriers on a societal level, I often think of my friend Jay Lin. We met while studying abroad together in university, and have remained friends ever since, though it wasn’t convenient. Both of us lived outside the US for long stretches, me in Europe and Jay in Asia, but we always found a way to maintain our friendship as we bounced down life’s path.

Jay came out to me the first year I met him, and over time I learned about the challenges he encountered as he embraced his identity as a gay man, both personal and professional. Every time we’d catch up, he’d share a cascade of progress as he tirelessly worked to advance LGBT rights in Taiwan; founding the Taiwan International Queer Film Festival, then GagaOOLala, the first queer film streaming platform in Asia, and all of his efforts as one of the organizers of the Marriage Equality Coalition there.

His energy, dedication, and output have been a constant inspiration, and left a lasting impression on my family when we visited him in Taipei. And on May 24, 2019, when Taiwan became the first country in Asia to legalize same-sex marriage, we could all celebrate, even at a great distance, and have a small sense of all the effort that went into such an important change.

So when I try to talk to my kids about what it takes to restitch the fabric of society for the better, I often think of my old friend. Perhaps more importantly, they do too. As my daughter said when we were discussing how people can bring about real, lasting change — “yeah dad, just like Jay.” 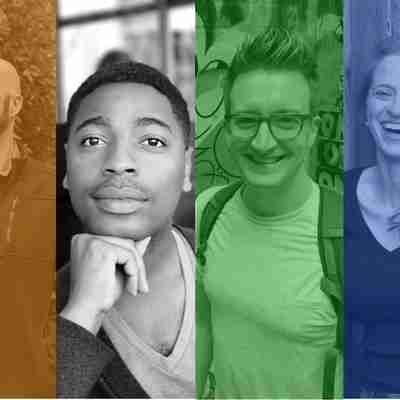 Big city kid in rural America
Cornell shares a story about about becoming a trans ally in an unlikely place. Read the story.

Keep up with the changing world of work